When Daycare is a Nightmare 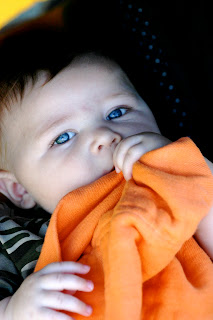 Get to know more about Lisa and her life as a full time working mom to three active boys at her blog, Oh Boy Oh Boy Oh Boy. Life as the queen of her all male castle isn’t always easy, but she shares the ups and down of her testosterone filled life through personal posts as well as hosting product reviews and giveaways. Join her her on a often sarcastic, but always honest view of life from her point of view.

So you’ve just peed on a stick and got a plus sign (or two blue lines or a smiley face) and the worry instantly begins.  If you’re a first time mom, you are probably going to worry about things like how likely it is that your water will break in the middle of a grocery store or how much labor will actually hurt.  But if you’re an experienced mom, or maybe just have a high pain tolerance, you begin to worry about more practical things.

Babies are expensive! So, for many families the decision to have a one or two income household, needs some serious consideration.  When our first child was on the way, my husband worked in construction and spent several months each winter laid off.  So me staying home didn’t seem to be a viable option.  Having been the child of a working mom my whole childhood I had many memories of not so great babysitters.  I knew that I would have to find a sitter but couldn’t bring myself to actually look because the thought of leaving my baby with someone was too difficult.

In my very last weeks of pregnancy (the day before my 38 week check up where my Dr sent my for induction due to preeclampsia) my sister in law let me know of a wonderful lady in her neighborhood who did daycare full time at her home.  She told me that this provider was always outside playing with the kids etc.  It sounded too good to be true.  So we simply walked over, knocked on the door and asked if she had openings.  She said that she could in fact take a newborn (at 6 weeks) and took a few minutes to answer questions.  Mostly my sister in laws questions as I was unprepared and my mind went blank.

After my son was born my husband and I took him over to the sitters house on a Saturday and my son seemed comfortable with her.  I truly thought I’d found the perfect sitter.  Of course I still cried when the day came that I had to leave him.  But it helped that I felt like I found someone who truly cared about my son.  As he got older and was able to show a preference he seemed to be ok with being there.  Occassionally being sad to see me go, but just as often being just fine with it.

Then as baby number 2 was on the way, I began to question her ability to handle another tiny one.  Again she assured me that she was fine with it.  She typically had a helper available but the mornings and afternoons were very crazy.  But she assured me it was just a few extra big kids who ‘took care of themselves’ in the afternoons after school.

But when my second son was less than a year old he came home with a bite mark on his arm.  I didn’t realize it until I got home and I called the sitter right away to see what had happened. She said she hadn’t seen anything and that if he’d been bitten there then she would have known.  She suggested maybe he did it himself.  While this was possible based on where it was, I had checked before calling both his and his brothers teeth to see if it looked like either of them.  But they both had very distinct teeth patterns and it was neither of them.  I figured things happen and let it go.

Over the next year or so there were many small things that I let go because while I felt she had too many kids to handle, I was afraid of pulling them only to end up somewhere worse. 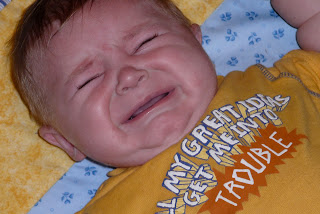 As the economy turned the work slowed for my husband and then dried up.  He was home but not by choice.  It lasted for over a year that way.  It was clearly not ideal for us but then, SURPRISE, baby #3 was on the way.  We knew that having to pay for three kids in daycare wasn’t realistic and we talked about how we could work together to make him being a sahd more workable for both of us.  Then we had to deal with the actual delivery of baby #3.

My mom and I worked together and if I couldn’t be there, she HAD to be.  She would watch the 2 boys for me in the evening but we had to find someone to watch them during the day.  Since they were now 4 and 5, I figured they would be ok playing with other kids and be ok at the old sitters without any issue.  But while nothing was said to my mom when she picked them up the day I delivered, the next day my husband went to get the boys so they could come to the hospital and my oldest told him he didn’t think he was allowed to go back to the sitter.  He sort of talked in circles but we thought we’d gotten out of him that he might have broken an XBox.  I panicked thinking he may have broken something so expensive and called the sitter right away.  She assured me that nothing had been broken and downplayed it saying that he just didn’t want to stay laying down during quiet time.  Again, something didn’t feel right but I let it go.  There wasn’t much I could really do anyway.

But it came back up months later.  My son made an off handed comment about how maybe I should tape his mouth shut like ‘sitter’ did when I repeatedly asked him to stop talking one day.  Because of how it came up, I in no way doubt the truth of what he said.  I couldn’t get much else out of him thought because I freaked and I think he thought he was in trouble so he clammed up on me.  I have no doubt that something was no right there and this was the icing on the cake.  I knew in my heart from the beginning that putting my kids in daycare was not the right option for me.

I had really hoped that it would be me that would be home with them.  And at one point over the years before the work slowed for my husband I did take 6 glorious months off with my older two.  But while being a full time working mom with a stay at home hubby isn’t the way I’d chose things, it’s what works for us.  I know my kids are safe and loved!  There is no one right answer for everyone when it comes to any part of parenting.  So don’t let anyone make you feel like you aren’t doing it right.  Follow your heart and do what is right for you, what’s right for your kids and that will make for a happier mom and happier kids!

This is of course, a hard thing to read about. Please remember Lisa is opening up to share her experience, her point of view, and to help prevent someone else from going through this – so let’s keep the comments civilized.