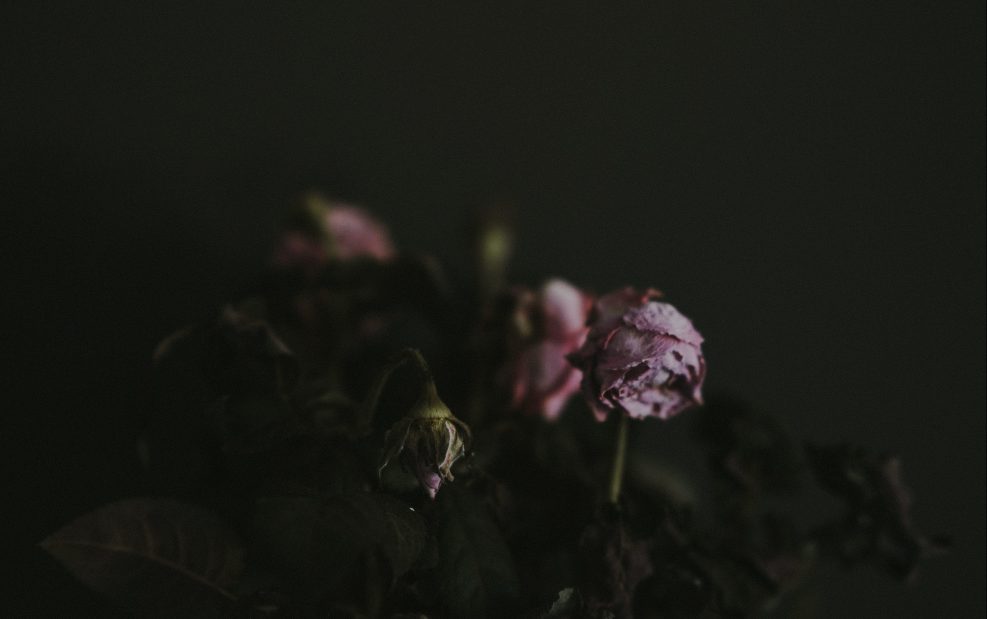 Last week I sat on my therapist’s couch, trying to explain how I felt lately.

“It’s almost as if,” I paused thinking of how to word it. How did I feel? I raised my hands up to my throat without even knowing it. “As if I’m suffocating. It feels like death is everywhere I look, everything I read, every part of me the past several months. I can’t seem to escape it. A car hit a bird the other day. I was watching it soar and dive and suddenly in the next lane, a car struck it mid-air. And I felt – traumatized by that. It’s been over a week and I still think about it. Rationally I can tell myself that yes, it was sad, but there’s simply nothing I could do. It was a bird. But inside, I felt it stack on all the other death I can’t seem to run from.”

She listened to me try to explain how this all felt, and nodded. “It makes sense,” she said slowly. “Look at what you’ve done the past few months? And then look at the last 6 years. There is a lot of death surrounding you in life and work.”

It’s true. I love what I do, love working with such talented writers at Still Standing and reading their words. I love the different kind of creativity it forces out of me. Each time I read their words, my heart finds some connection. Every time. A flashback. A memory. A pang of remembrance. An understanding. I try to give the heavy ones their time, and then put it away, but there are times it won’t go away again.

Until I was in her office, I didn’t realize the weight I’d taken on of so much death and suffering and pain. Their worlds are also mine, and there are many days I want to leave it behind. Even still. 6 years next month. There are some days I feel so angry that I still have to carry this around, that my life includes urns and ashes. That one day I’ll have to explain to Char what those little boxes on the mantle are, and that Bella’s memories of Kaden fade further away with time.

Once I told my dad in a moment of despair that I, “couldn’t do this anymore.” And he asked me, “But then what? Do you plan to just stop and lay on the floor for the rest of your life?” It was meant lighthearted and I had to laugh thinking of that picture. Sam walking in and me just flat on the floor, telling him this was it, I just decided to give up.

The loss community is a powerful one. More powerful than most of us even realize. We’ve changed the way people and society view loss in just a few short years. I lost the twins and felt completely isolated. Alone and afraid of what it meant to be a “baby loss blogger”. Now there are FB groups and many other sites that talk openly about what this is like.

Sometimes it becomes almost too much to process though. Even having faced and survived this, death still haunts me. What if the baby animals we foster die and it’s my fault? What if Char and Bella die? What if Sam dies? Where is the line between me trying to control everything and knowing I can’t, and the line where if I tried just a little harder, maybe something bad wouldn’t happen?

To face death and have terrible anxiety – that combination is quite the soul killer.

But it feels like – I’ve tried to escape this life for so long. Tried to push down the death that is so intertwined with my life. 6 years in May. 5 in August. They are my sons, 3/5ths of my children. I hate that they died. I hate it. I wish they were here with my girls. I’m forever walking with one part of my heart in heaven and the other here.

I don’t want a group. A label. A pretty meme. A blog that became this. A life where my children died before me. I don’t want to live with the constant fear of something else dying because I so deeply know the pain that happens after. I just wanted them. I wanted twins. I wanted sons. I wanted to raise boys too. I wanted 5. I wanted more. Maybe it’s selfish, maybe I’m wallowing. Maybe it’s weird I’m this involved with death.

I don’t care. If it’s too much then go away. I get to feel this way forever because I loved them that much. I get to embrace death in a way others don’t – fear it and embrace it because I know it. It’s a part of me.