Round the jolly ‘orner, and off to the park.

Sam was home on Monday so we decided to take Bella out to run our usual errands; local health food store, post office for mail and to send off a friends’ baby gift, and then to the park for the first time for Bella. It was finally warm enough to take her there. 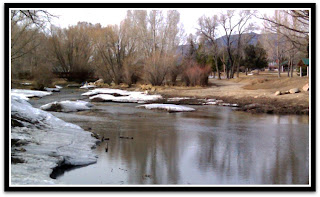 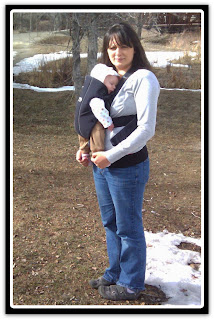 As soon as we got there, she fell asleep. Never mind that she had fussed through all the errands, she decided the park was apparently not worth staying awake for. I have to admit, I can see how all warm and snuggly next to me she’d just pass out. The Bjorn is great, although I love our Ergo more. But she’s just not quite big enough for it so we’re waiting. And yes, I have Velcro shoes on. They are super comfy and pregnancy lifesavers for when I was too large to even see my feet, let alone tie shoes laces by feeling my way through it.
We headed over to see the ducks, and since they are used to everyone throwing them food, they came right over. The last time I was at the pond I was 6 month pregnant. Sam and I parked to watch all the people and the colors changing on the leaves, and noticed three little demon children (about 13/14) who thought it would be funny to throw rocks at the ducks.
Cue enraged pregnant animal activist woman. I promptly heaved myself out of the car and began screaming at them at the top of my lungs. I asked how they would like it if I bounced a few rocks off their heads and did they want me to come over there and show them how it felt? I screamed at them until Sam, dying of laughter in the car, told me I had to stop before someone called the cops on me. I told them if I ever saw them throwing rocks again I would mow them down in my SUV. One of them stammered the entire time about his friend making him, the other ran off, and the last one didn’t turn around to look at me. Then I heaved myself back in the car and told Sam we were waiting there until those punks left so I could make sure they wouldn’t do that again. And they didn’t. 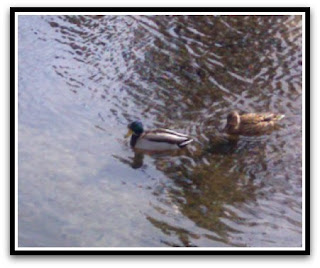 So anyway, today was much better, we just had a little girl follow us around on her bike the entire time. She was cute, we just wondered if she wanted something or…? But it seemed like she just wanted to see Bella. Kids. 🙂
After that, Bella woke up for a few minutes with sun in her eyes and wind in her face. Her little nose was getting cold, and she had tried to eat the side of the Bjorn so it was all wet. We decided to get going and headed home. 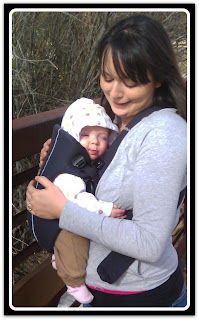 It was a wonderful day. I’m excited for when we can take Bella and she can throw bread for the ducks, wander around, and we can teach her how to say things. And perhaps next time, I’ll sic her on evil preteens who will grow up to be serial killers. When she’s old enough. Until then, she can just watch Mommy in action.