The extremes of PPD 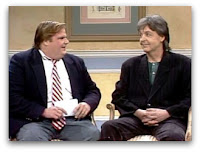 ‘Member the time I guest posted for Heir to Blair and I just about died with excitement, especially when she said my post was important? And my head exploded because it was like blogging Christmas? ‘Member that? Yes. Well, that’s the kind of guest blogger I have for you today.

I’d like to introduce you to Kim from Baby Feet. We are FB friends, blogging friends, and I’ve known her husband since I was born. However, I’ve never met her. My mom and dad have, just not me. Yet. 🙂 But I love her and I know you will too. She’s writing about PPD, the extremes of it. 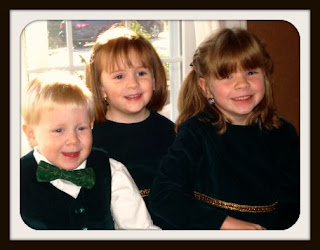 All I knew about PPD before I got pregnant in September 2002 my mom had told me. It went like this: “We called it the baby blues. I had it. It was pretty bad. Thank God for your Dad. One day I just looked at him and he knew he better stay home from work. And I just slept all day long. It was pretty rough, that day. Then I was better.”

Thankfully, (in a weird way) I’d been battling regular old depression for four years, and knew I was therefore predisposed to PPD. So I read up on it and was better educated about it. Still, I honestly thought it happened to ‘other women.’ Women who were ‘less fortunate’ than me. And, no, I don’t know what I meant by that. It’s just what I thought. Maybe women who didn’t have a supportive husband and family? I don’t know. So imagine my surprise when I found myself unable to leave my daughters bedside, convinced as I was that she would die if I did.

This is how it went. I’d kiss Hubby goodbye in the morning, assuring him I’d get some sleep. “Sleep when the baby sleeps,” etc. Which worked until about week 5. Then all hormonal hell broke loose. That’s when I became convinced Violet was going to die. I don’t mean worried. I mean convinced. Like, I saw it happen over and over in every way imaginable. So, as I said, I’d kiss Hubby goodbye, then begin the daily circus of attempting to get some rest. Sometimes I’d put the pack-n-play in the family room because I could nap on the sofa if Violet was in that. Somehow the crib was scarier than the pack-n-play.

My bed was off limits. If I slept in my bed, Hubby had to be in it; he was the only thing keeping Violet alive at night, and then only if I was touching him. If the sofa didn’t work, she just napped in her crib and I’d read in her room while she napped. You read correctly. I’d sit in her room and read while she napped. Because if I left her she’d stop breathing, that’s why. I realized I had a problem, and read up on it, learned that getting out of the house and exercise can help. I’d been pretty good about getting out of the house, so I threw myself into exercising.

Problem. Do you have any idea how many hazards are out there for a baby when you are exercising? I couldn’t take her out in the stroller, I soon discovered because I knew we would be hit by a car. So I moved us onto the sidewalk, where I became convinced a drunk driver would take us out. Then I moved us inside. Lifting weights it was. Except I could drop those on her. From across the room. Do you see how insidious this disease is? Even when trying to do some good, it would ensure that I could not.

Finally, the day that I found myself moving Violet to her room so I wouldn’t drop the weight on her, I called my doctor. Then, driving to the appointment I convinced myself I didn’t need to go. Only to ‘see’ us get smacked my another car and ‘have’ to run through escape plans in my head. I kept going.

Because Violet was so young and I was still breastfeeding, I was put on a low dose antidepressant that was ok for breastfeeding moms, and sent to counseling. And I told my husband, who I had not confided it. Because I thought I was at times 1) crazy 2) crazy & hormonal 3) sane & hormonal 4) just plain ole bat shit crazy. This is what PPD does. And added to it is the stigma that you’re a terrible mom because you’re going to hurt your baby.

Let me be clear. I spent hours figuring out ways in which to protect my baby from harm. Hours I should have been sleeping, eating, cleaning, grocery shopping, talking with friends. I had escape routes planned for break ins, fires, terrorist attacks — we are living in a post September 11 era folks. I bought those special hammers for the cars so I could cut our seat belts when we went over the side of the bridge into the water. I had cases of water stored for when our emergency plan went into action. PPD isn’t always about hurting your baby, but about the obsession with your baby being hurt. Do you see the difference?

You can get a Kim fix and hear more about her battle with PPD at http://www.kimmiekuhl-babyfeet.blogspot.com/