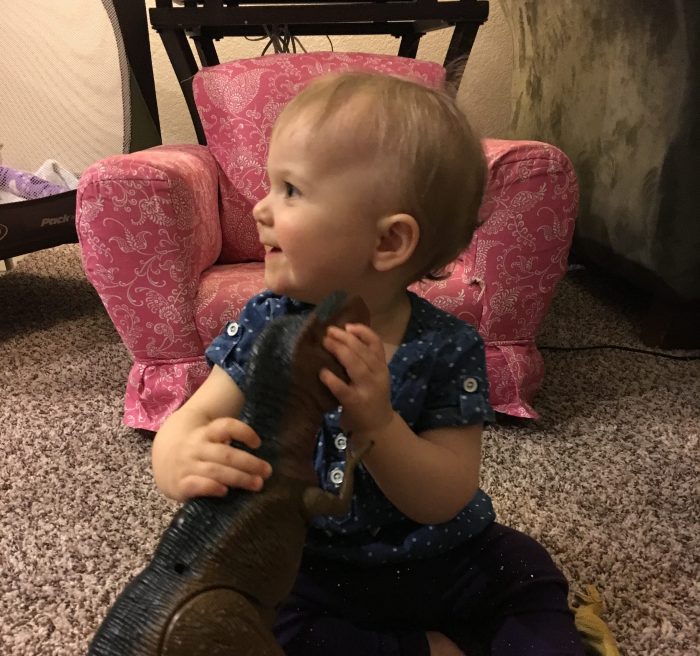 For the Love of Dinos

If you follow me on IG you know Bella’s love for dinosaurs runs deep. I mean – years and years. She’s 7 and I see no signs of that slowing down as she asked for 10 baby T-Rex’s for Christmas.

She’s been attempting to get Char to love them as much as she does since she was born.

Poor thing lol. I remember hearing Char start to cry and Sam rounded the corner to this scene, Bella patiently explaining to her that the dinos were going to eat her up now. 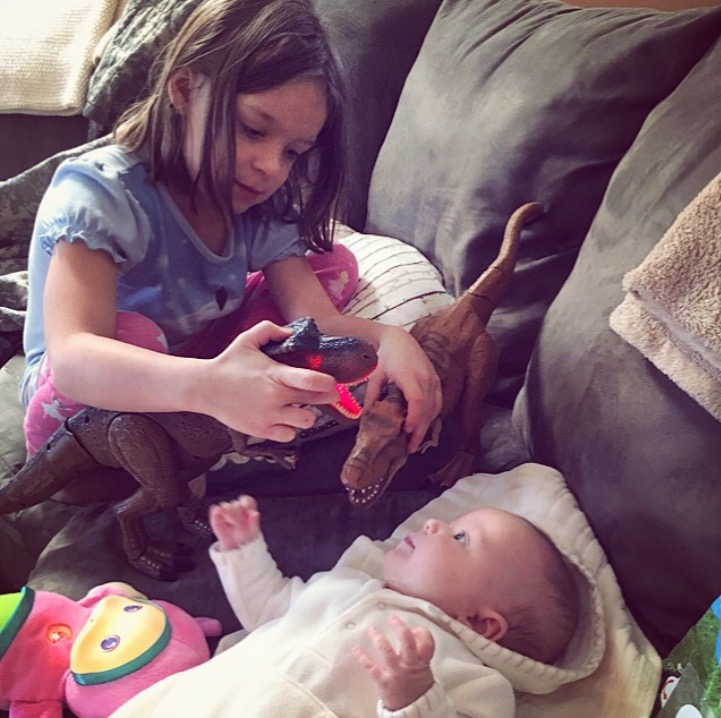 Lately, Char has watched her play and started picking them up some. She mostly likes to try to snack on a few or throw them at us.

But this evening, Char sat down by me and started playing (and gnawing) on them by herself.

She even made little roars as she moved them up and down. 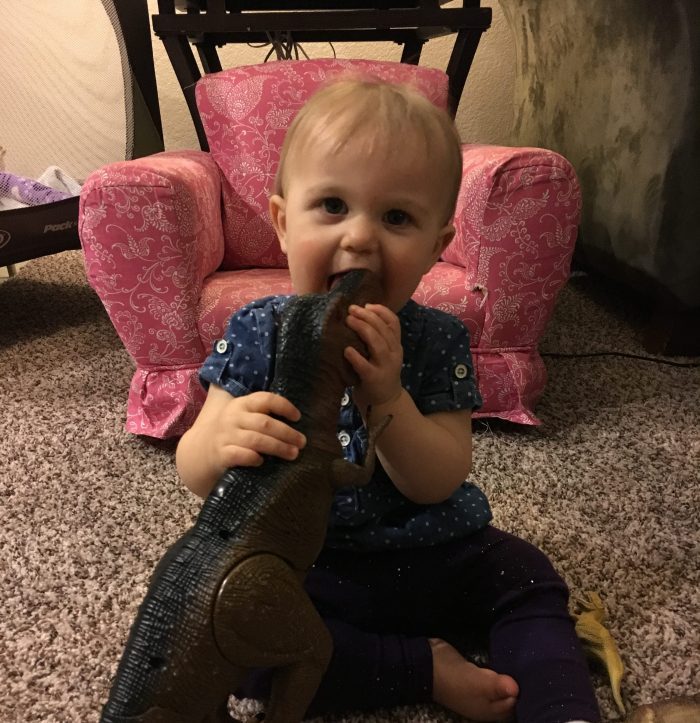 I honestly can’t handle how cute this is. I told Bella, “Look, you’re going to have a little friend to play dinos with,” and she was thrilled. 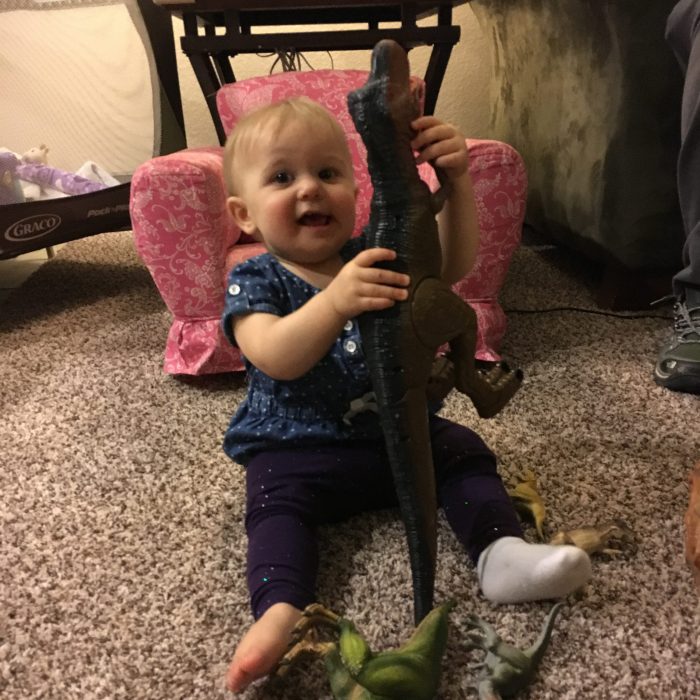 Still trying dolls but so far there’s pretty limited interest from Char (although obviously that could change) and zero interest from Bella. Her Pottery Barn dollhouse from 4 years ago has been neatly cleared of human life and the dinosaurs and stuffed animals live there. All her baby clothes go on the animals. And any accessories for dolls we’ve bought end up being used to teach/dress up/snuggle her raptors. ?

Oh my girls. They are so much fun to have around.